Two Philadelphia area high schools will be blooming with color this spring, thanks to Star Roses and Plants. The company donated 100 Petite Knock Out miniature rose plants to W.B. Saul High School’s flower garden and Abraham Lincoln High School’s “Wellness Quadrant” to help support each schools’ agricultural programs. The roses are being planted this spring and tended to over the years by the agriculture students and teachers from these two schools.

“One of the barriers teachers face is a lack of funding and materials to support their passion projects,” says Susan Bacus Morgan, marketing manager at Star Roses and Plants. “We are committed to supporting the teachers, students, and schools that nurture this next generation of horticulture students. After all, they are the future leaders of our industry.”

W.B. Saul High School is dedicated to agriculture and offers several diverse programs for students. On their 130-acre campus in the Roxborough section of Philadelphia, they have a working farm, vegetable, and flower gardens. The teachers work with the students to tend to animals and work the land.

Abraham Lincoln High School, located in Northeast Philadelphia, is a public high school where students can choose between several different pathways, one being horticulture. Students who choose this pathway have the opportunity to compete at the Philadelphia Flower Show.

One program Star Roses and Plants has supported since its inception is Seed Your Future, an industry-wide effort to promote horticulture and inspire people to pursue careers working with plants.

“Our goal is to introduce the tools and resources Seed Your Future has to offer to students who show an early passion for plants,” says Bacus Morgan. “It’s our responsibility to share how meaningful and rewarding a career working in horticulture can be.”

AmericanHort has announced the election of four new members to the board of directors, along with the election of a new slate of board officers. The official welcome and installation will take place at Cultivate’22 being held July 16-19, in Columbus, Ohio. “We are excited to welcome these leaders who come from various segments of the green industry and encompass diverse experiences, skills, and backgrounds,” said Ken Fisher, president & CEO of AmericanHort. “We also appreciate the dedication and commitment of our officers and the leadership they provide our organization and industry, particularly during the challenges of the past few years.” 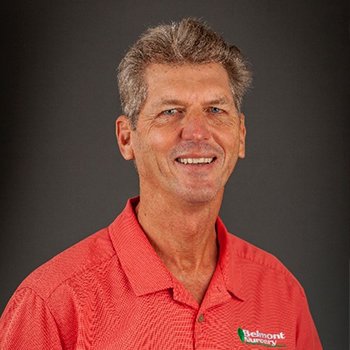 Jon Reelhorn is owner and president of Belmont Nursery located in Fresno, California. Belmont Nursery is a third-generation business that loves being part of its local community and includes nursery growing, greenhouse growing and a retail garden center. Jon is a graduate of Fresno State University with a degree in Plant Science, a graduate of the California Ag Leadership Program and a graduate of the Executive Academy for Growth and Leadership. Jon is very active in his industry having served as a board member with the California Farm Bureau and California Nursery and Landscape Association (now Plant California Association). He held several committee roles with the American Nursery and Landscape Association (ANLA) and has been chairman of the Horticultural Research Institute (HRI). 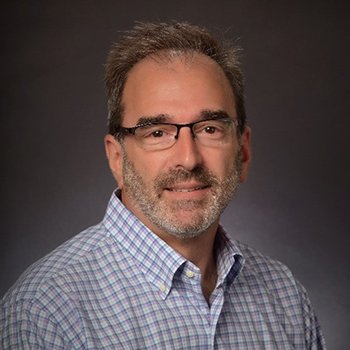 Rob Lando co-founded and grew Ohio based AgriNomix into North America’s largest supplier of automation to nurseries and greenhouses. At the start of this year, AgriNomix and Zwart Systems joined forces to become part of the newly formed AdeptAg where he continues to be involved with business development and R&D projects. Rob recently formed Western Roots LLC to allow him to continue to use his industry experience to work with growers on strategic planning and management issues. Rob is an active board member for Neighborhood Alliance, a Northeast Ohio non-profit which provides essential services to Lorain County residents in all stages of life. Rob was first elected to the AmericanHort board of directors in 2018, prior to which he served as a member on the AmericanHort Finance Committee.

The AmericanHort membership has elected the following new board directors: 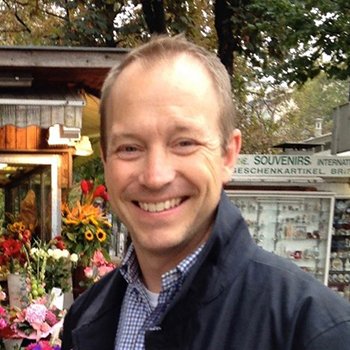 Kurt Becker is executive vice president of Dramm Corporation, located in Manitowoc, Wisconsin, which has been a leader in watering tools and accessories for more than 75 years. As EVP of Commercial Products Sales & Marketing, Kurt has decades of experience collaborating with growers on pest management, irrigation systems, humidity management and air movement. In addition to managing the commercial business for Dramm, Kurt leads marketing for the group and has been instrumental in Dramm’s support of Cultivate and AmericanHort. Kurt’s industry activities have included serving as a director for Bedding Plants Incorporated, Ohio Florist Association and America in Bloom. 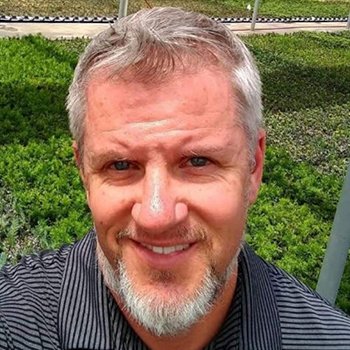 Matt Edmundson, president of Arbor Valley Nursery in Brighton, Colorado, is a second-generation nurseryman and third generation business owner of Arbor Valley Nursery. Arbor Valley Nursery is a hybrid supplier growing balled and burlapped shade and ornamental trees as well as container grown woody shrubs, western natives, perennials and ornamental grasses. Their facility offers the latest technology in irrigation and water quality management as well as scale for producing, holding and shipping products to markets including landscape projects and retail garden centers. Matt is a graduate of the University of Colorado-Boulder and has served in various leadership roles with the Colorado Nursery and Greenhouse Association, the Colorado Nursery Research and Education Foundation and the GreenCo legislative committee. 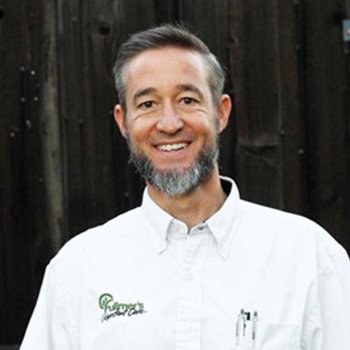 Kent Fullmer is President at Fullmer’s Landscaping in Dayton, Ohio, a residential landscape design and build company. Kent’s father started the business in 1962. Kent assumed ownership of the company in 2005 and continues to lead the second-generation company with passion and integrity. Kent brings high energy to the art of landscaping and his goal to provide positive personal experiences to Fullmer’s Landscaping’s clients. Kent has considerable experience working across the industry as he has served on the board of directors of the Ohio Nursery and Landscape Association, is currently serving on the AmericanHort Landscape Contractor Committee and is a certified arborist as well as a member of the International Society of Arboriculture. 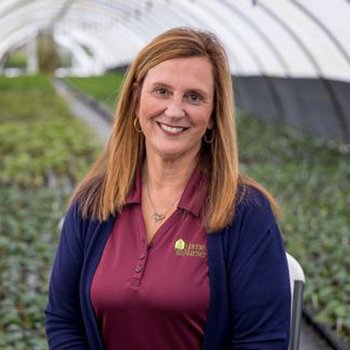 Ann Tosovsky is president of Home Nursery, a field and container production nursery headquartered in Albers, Illinois. The business includes production facilities in Illinois and Tennessee and distribution centers in Illinois and Missouri. Ann is a third-generation owner and leader of the business that celebrated its 100th anniversary in 2021. Not thinking this was the life for her, Ann attended Eastern Illinois University and pursued a degree in business. Ann worked her way around the company and learned the processes and procedures of the business gaining experience in sales, marketing and administrative tasks. She transitioned to the role of president in 2012. Ann has considerable experience working across the industry and the community having served on a variety of industry boards and organizations including the Illinois Green Industry Association Board of Directors, Madison County Extension Education Foundation Board, Hortica Advisory Council and Hortica Insurance Board, The Gardens at Southern Illinois University Edwardsville Advisory Board, and the Rotary Club of Edwardsville Board of Directors.

AmericanHort and its members also want to thank outgoing board members, Tom Hughes of Hughes Nursery & Landscaping, Iowa, who served six years on the board including immediate past chairman, and Gerry Docksteader of Advanced Horticultural Solutions, Maryland, Joe Hobson of Midwest Trading Horticultural Supplies, Illinois, and Amy Morris of N.G. Heimos Greenhouses, Illinois, who served three-year terms as board directors.

According to a press release from Georgia Gov. Brian Kemp, East Jordan Plastics is investing $44 million into a new facility to Lyons, Georgia. The project is expected to create 80 jobs.

“We’ve been laser-focused on producing good jobs in rural Georgia, and East Jordan Plastics will be met with eager, hardworking Georgians in Toombs County to serve their rapidly growing customer base," Kemp said, per the release.

Headquartered in Michigan, East Jordan "produces a full line of thermoformed and injection molded horticultural containers that make it easy to fill, plant, ship, and display products around the greenhouse, nursery and garden center." Most of East Jordan’s containers are "made from a high percentage of recycled plastic and are recyclable through the use of a “closed loop” recycling process." East Jordan, per the release, recycles over 20 million pounds of horticultural containers a year.

During its first year, the facility will be used for logistics and distribution, and the company plans to develop the facility to include recycling and manufacturing operations over the next five years.

East Jordan will open their 255,500-square-foot facility along US Highway 1 in Lyons. Initially, the company hire for positions in warehouse distribution and eventually add employees for plastic recycling and manufacturing.

Burns joined Bailey two years ago as an inside sales representative, supporting customers in Michigan and Ohio and providing consumer support on the Bailey brand websites. “Stuart has proven that he is willing to learn, share his knowledge and provide our customers with the products and tools to help them be successful,” said Dan Bailey, Bailey sales manager. “I am very excited to have Stuart share his passion about plants and exceptional service to our customers.”

Holding a degree in horticulture from the University of Wisconsin – River Falls, Burns’ education and previous experience with landscape design and community landscape projects, combined with his sales experience at Bailey, will provide valuable background as he begins this new role. “This is a really exciting time to be part of the nursery industry, where new genetics are the talk of the town and innovative thinking is leading the way,” Burns said. “I am very humbled to take on my new position and I cannot wait to continue to grow with our customers.”

Burns begins his role immediately and may be reached at stuart.burns@baileynurseries.com and 651-260-0294.

On May 16, GLASE (Greenhouse Lighting & Systems Engineering) sent out the following eblast seeking input on an upcoming short worse:

Following the success of the 2021 Virtual Plant Lighting Short Course, GLASE (possibly with other collaborators) is planning a new short course for October 2022. The topic will most likely center on climate controls in controlled environment agriculture. To make this course the best it can be for all of you, please fill out our 3-minute survey before the end of May.

The 2021 short course from GLASE was broken up into six modules. Each session was two hours long over a six-week period. To take the survey for the 2022 edition, click here.